Running a Garry’s Mod server has given me a chance to learn a lot of things that I otherwise never would have known. One of those things is Lua. I started learning Lua by editing game mode and addon files and quickly became acquainted with the language.

I’ve created three free and publicly available addons for anyone to download and use on their own server. These include a round timer for the gamemode “Murder” called Murder Round Timer, a notification addon called NotifyMe and a Graphical User Interface system to make using another addon as simple as possible called SprayMesh GUI.

Additionally, I’ve created a custom addon for the server I run to provide tons of custom features you won’t see on any other server. Briefly, these features include storing user information, sessions and aliases in a MySQL database, many custom GUI’s, commands, integration with other addons and more! 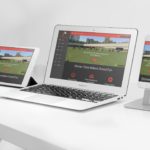